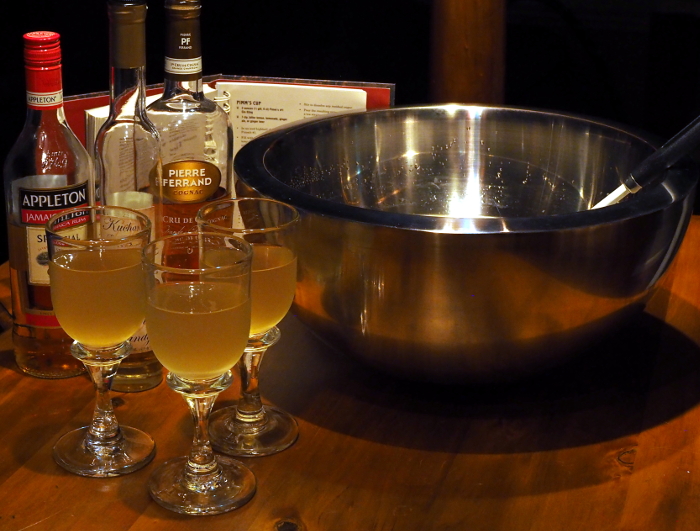 Stir together in a bowl with ice.

People who like cocktails seem to hold punches in high regard. Heck, there is even an entire book dedicated to them.

I’m a fan, and I kind of wish there was a place near me that still carried on the punch tradition. In the earliest days of cocktails you were not likely to get a made to order drink for yourself. Instead, you would be served a drink out of a communal punch bowl. I’ve been to one place, the Rum Club in Portland, that still does that but it is rare.

As much as I like punch, the usual recipe does make a large amount so it can be hard to serve. For example, the first recipes in the Dead Rabbit Drinks Manual are punches designed to serve ten people at a time. While I do think I can scrape together ten friends, getting them all together just to drink and then home again can be a challenge.

The last time I made punch I did it during a Fourth of July party. That worked out well, but I’m not planning on having a party this year. Instead, I made this punch the weekend before when I had a couple of friends over to watch “The Hateful Eight”. Set just after the Civil War, it seemed appropriate for punch.

I wasn’t quite sure how to make this recipe. Most punch recipes include tea, but this “original” recipe does not. I started off by measuring out the sugar: 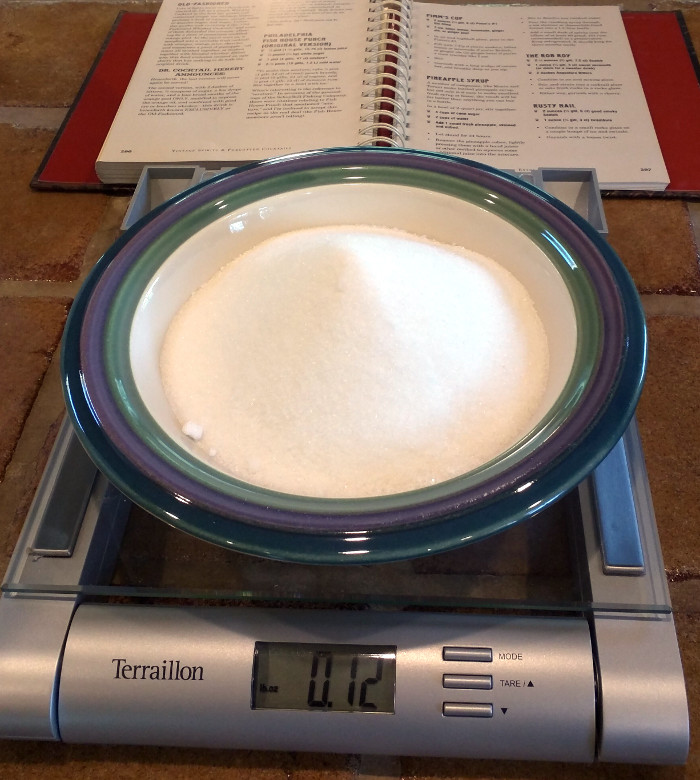 which I then mixed with the water. Since cold water does little to help the sugar dissolve, I warmed it up on the stove and stirred until the water looked clear (I did not boil it) and then I let it cool to room temperature. Next, I juiced some lemons: 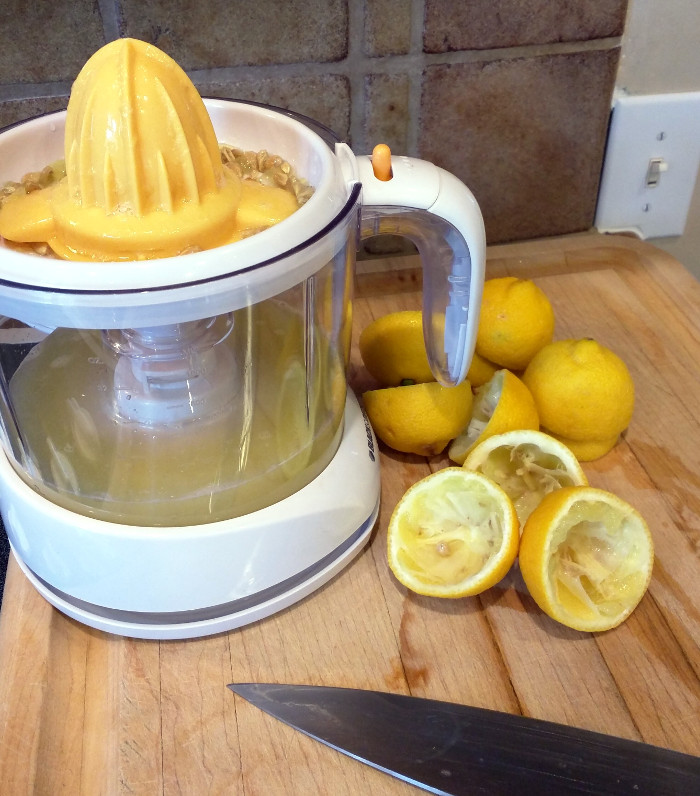 Usually when I make cocktails, juicing is no big deal and I just do it by hand, but when I am expecting a group of people over or making punch, I found an inexpensive juicer that does a really good job. I then mixed the lemon juice with the syrup and placed it in the refrigerator to cool.

When it was time to serve the punch, I filled my insulated punch bowl with ice and added the “mixture”. I stirred that a bit and then added the lemon/syrup from the refrigerator and stirred some more.

It turned out well. The Dead Rabbit folks like to serve punch in porcelain tea cups but I like to use some hand-blown glass goblets I got at a thrift store for a dollar a piece.

I did not like this as much as the main Fish House Punch recipe, but it was still very good (good enough that during the almost three hour movie I had plenty of time to help myself to more).

Rating: 4/5. Based on the fact that I drank a lot of this, I might need a new rating system for punches. I almost gave it a five but I did have a strong preference for the other recipe and so it wouldn’t have been as useful as a measure of which I liked more.

Notes: I used almost the last of my Kuchan real peach brandy. For the cognac I used Pierre Ferrand Ambre and Appleton Estate for the rum.

I do plan to make the Dead Rabbit version at least once before I die.