As seen on TV, here’s The Haymaker: 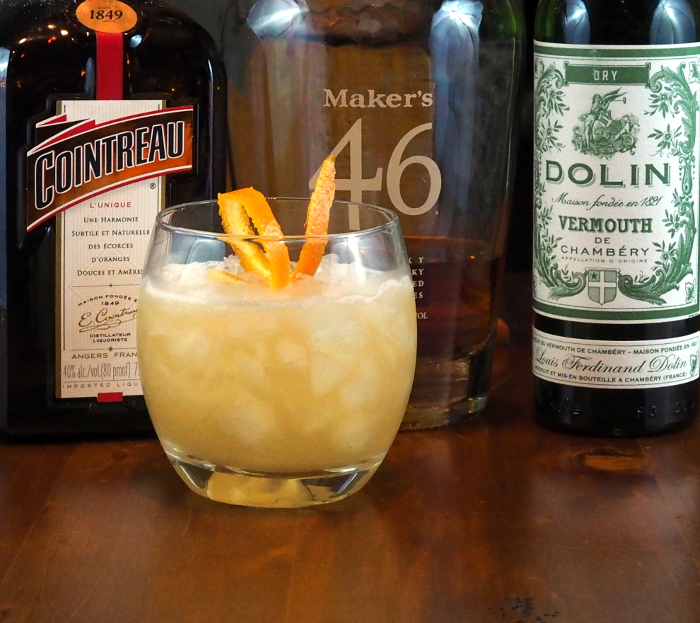 Shake over ice. Strain into a rocks glass over crushed ice. Garnish with an orange twist.

Well, not exactly as seen on TV. I’ve been seeing an ad from Turkey Hill about a drink called the Haymaker and since it sounded like a vintage cocktail I went looking for a recipe. None of my books had it, so I did a search on “haymaker cocktail” and found several sites with the recipe above, so I decided to make it.

Turns out that I was wrong. The Turkey Hill commercial is referring to “Haymaker Punch” with is totally different. It is more formally known as “Switchel” which is a drink made with water and vinegar. The fact that the Haymaker cocktail recipes I found all mention Maker’s Mark seems to indicate that this is a drink made to promote that brand, although I couldn’t find a definitive source for its origin.

Which is probably a good thing, since it isn’t all that great. While I love equal proportion drinks like the Golden Dawn and the Last Word, this one doesn’t work. The lime overpowers everything (I even went looking for some simple syrup to cut back on the sour but I didn’t have any prepared). I didn’t hate it, and with some experimentation it might be a very good drink (drop the lime a bit and up the bourbon, for example) but it wasn’t a favorite. Kind of a weird take on a Whiskey Sour.

Notes: I used Maker’s Mark 46, Cointreau for the Triple Sec and Dolin Dry for the vermouth. Remember to use fresh vermouth when possible (which is why I buy small bottles).