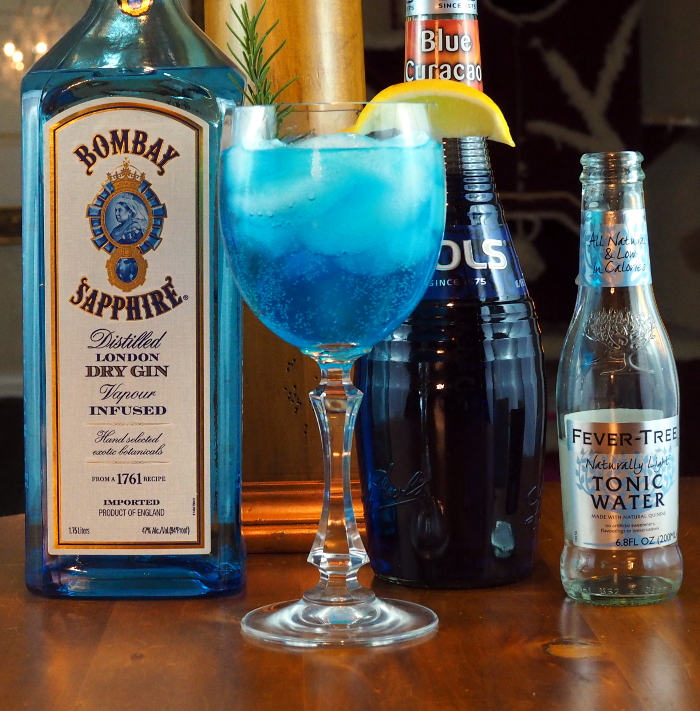 This is a colorful take on a gin and tonic, and is one of the drink options you get at the end of a tour of the Bombay Sapphire Distillery at Laverstoke Mill. The blue curaçao adds an additional citrus component to the cocktail and the blue color complements the blue bottle of the gin (curaçao is naturally clear). It’s sweeter than you might imagine even though there is no extra sugar added.

Notes: I used Bombay Sapphire gin (one of the few things I keep on hand in 1.75L bottles) and Fever-Tree tonic as instructed, and Bols Blue Curaçao because that’s what I had on hand from the Leatherneck cocktail.

I was in England in December and whenever I go to that country I try to visit some friends of mine who live in Hampshire. Hampshire is known for many things, including the New Forest, but most of the fun things to do there involve being outside. When I was there, England was experiencing a cold snap (there was snow) which encouraged me to look for indoor activities, and when I found out that Bombay Sapphire Gin is made in Hampshire at a place called Laverstoke Mill, we decided to go for a tour.

I am late to the gin party. When I was younger I was not a fan of gin, and when I later discovered whisky that became more of my focus. That changed at a restaurant in Chicago called Vong’s (which, alas, is no longer there). I was with friends and as we were waiting for our table we went to the bar to get drinks. I usually would ask for a bourbon and ginger ale, but they didn’t have ginger ale. My friends asked for Bombay Sapphire martinis, and since the bar was really crowded I had the same, mainly to avoid holding up the line. It was delicious. I now have a shelf of different gins in my bar, but when it comes to drinks that are really spirit-forward my go-to gin is still Bombay Sapphire.

Bombay Sapphire has always stood out for me because of its iconic blue bottle, and it is hard to believe it has only been around since 1987. Since 2014 all Bombay gins have been made at a refurbished paper mill in Laverstoke, and this was where we took the tour.

The mill sits on the River Test, and as part of the refurbishment they cleaned it up (it apparently had a lot of trash and other debris). It’s a “chalk stream” which means the water is heavily filtered and thus crystal (some would say “gin”) clear. It is quite pretty but because of the weather we spent as much time inside as possible. Note that unlike a lot of spirits, gin gets its taste from the ingredients added to the water and it isn’t dependent on the type of water used. Bombay gin is made using distilled water.

There are four stills used to make Bombay gin. The first two we saw from a distance, Victoria and Henry (named after the queen and I believe Henry Ponsonby, her private secretary).

[UPDATE: Henry is actually named for Henry Portal who started the paper mill at Laverstoke. Thanks for the correction, Bombay] 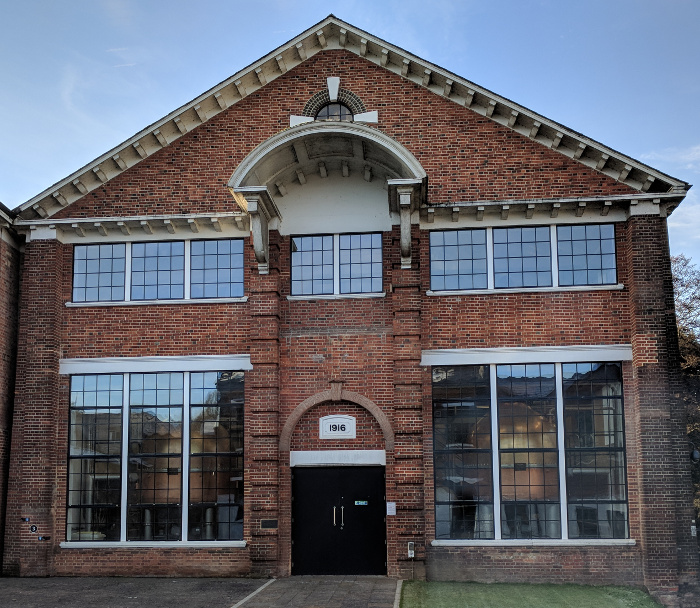 Housed in the “India House” the building is very much in keeping with the original style of the mill. The next thing that catches your eye is something quite different, two modern greenhouses designed by Thomas Heatherwick. 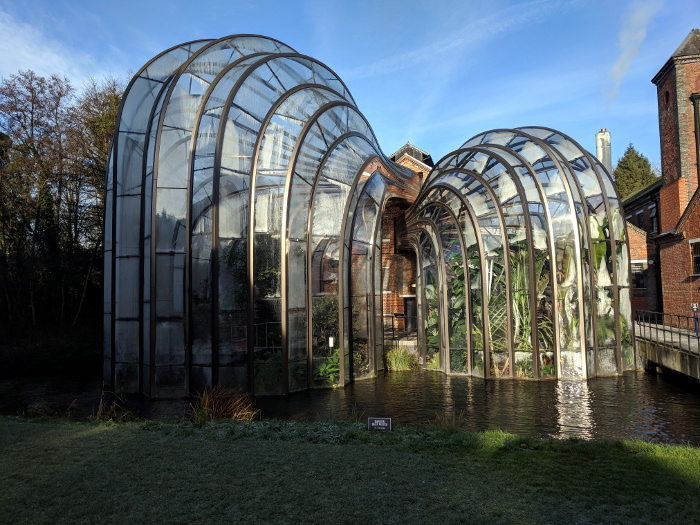 One is tropical and the other is more arid, but both are displays for showing the botanicals used to make the gin. Made to look like flowing water, they use waste heat from the distillation process to maintain a perfect growing temperature for the plants.

The next stop on the tour was a room to better explore the botanicals used to make the gin. This room had several tables with each ingredient, and you could pick them up, smash ’em, smell them, etc. 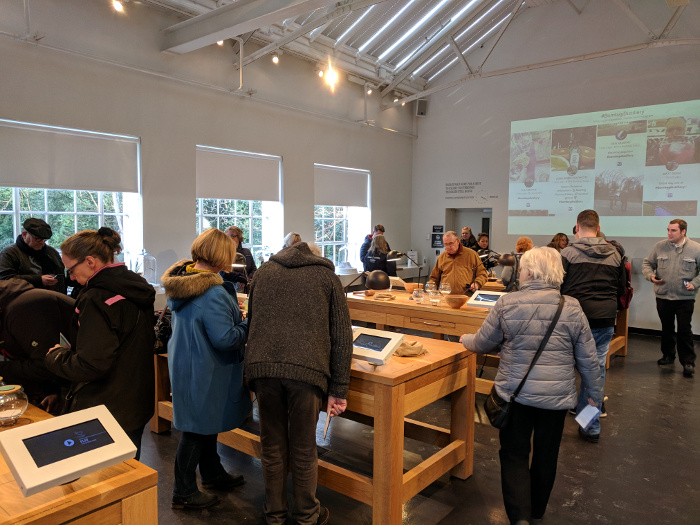 When you take the tour you are promised a gin cocktail at the end. As part of choosing that cocktail they ask you to note which of the botanicals you liked the most, and based on a chart it would tell you what drink to order. 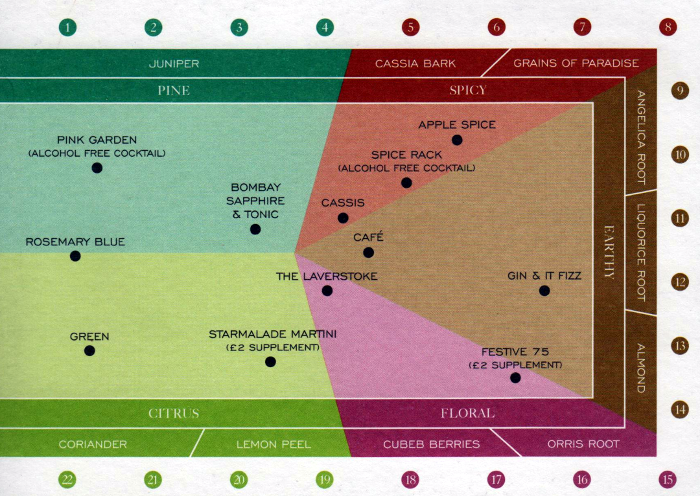 I had already made up my mind to try the Cassis drink (which I will make later) but my friend Sue got the Rosemary Blue which I also liked quite a bit.

From the spice room you can see the other two stills, Thomas and Mary. 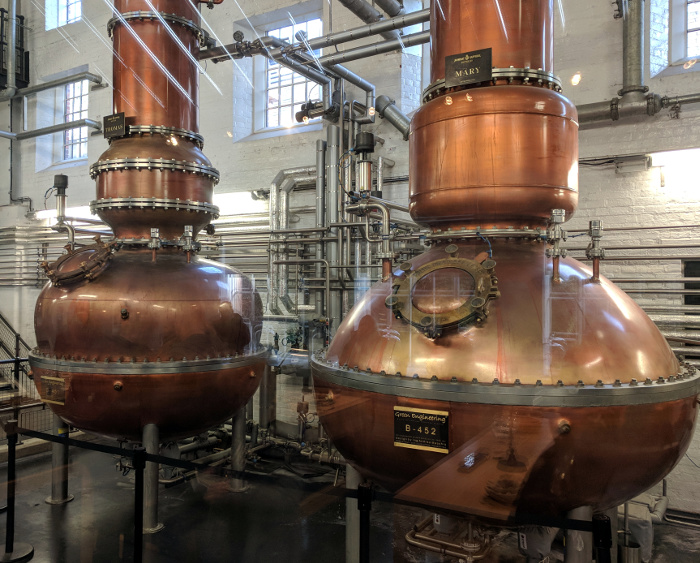 We were encouraged to take pictures in every room but the one containing these stills, not for any privacy reasons but because there is a non-zero chance of explosive vapor and thus we had to turn off all electronics before entering.

The stills are named after Thomas Dakin (considered the creator of English-style gin back in the 18th century) and his daughter Mary.

Unlike Victoria and Henry, which are pot stills with a capacity of 12,000 litres (each), these are much smaller Carter Head stills with a capacity of 3,000 litres (each). In both cases grain neutral spirit is heated to a vapor which is then passed through the botanicals before being condensed back into a liquid. This is a different process than some gins which steep the botanicals directly in the liquid, and Bombay states that it is the vapor process that gives their gin a much fresher flavor. At one point in the process the re-condensed liquid pours over a glass sphere mounted in a box called a “spirit safe“. While this is to enable an observer to easily check the clarity of the finished product, it is pretty cool to look at and I just like the term “spirit safe”.

The spirit is made at double proof and then diluted as part of the bottling process (which is done elsewhere).

For more details on the process used at Laverstoke, please visit the article at Difford’s Guide which goes into much more detail.

After visiting the still room, we collected our things and made for the bar. Martin, one of my hosts, was driving so he got a non-alcoholic drink and a gin and tonic to go, and Sue and I enjoyed our cocktails despite it being cold.

We exited through the gift shop where I once again got to marvel at the marketing genius who came up with the blue bottle. 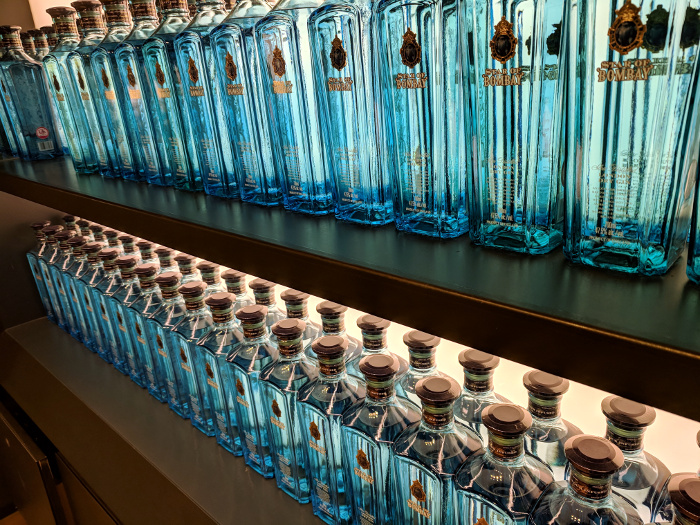 I did buy a bottle of “Star of Bombay” – a gin made with two additional botanicals, bergamot peels and Ambrette seeds. I’ve always liked the addition of bergamot to Earl Grey tea and it does add a nice level of complexity to gin (I had a taste in the gift shop). I don’t think you can get it in the US, and if you click the link and choose “United States” I get a 404 error (works fine if you choose United Kingdom). 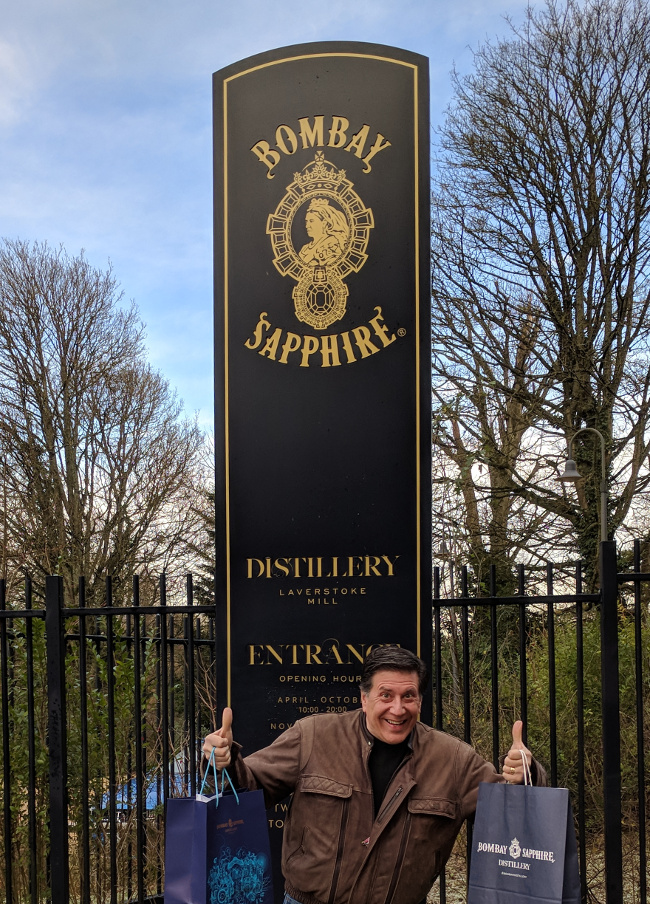 It was a really fun visit, and I’d probably go back if it were warmer and I could have more than one cocktail. (grin)