Champagne is tightly associated with New Year’s, and it also happens to be an ingredient in classic drinks such as the Seelbach Cocktail: 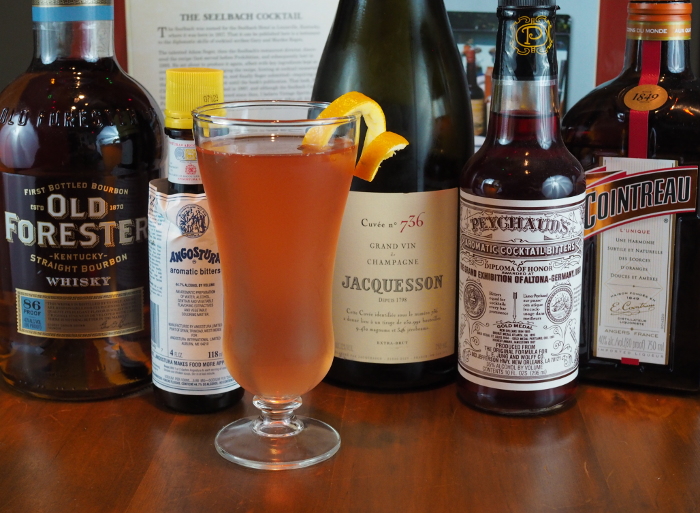 Pour the bourbon, Cointreau and bitters into a champagne flute and stir. Add the champagne. Stir again, and garnish with an orange twist.

This drink was named for the Seelbach Hotel in Louisville, Kentucky and was created in 1917. The recipe was lost during Prohibition but rediscovered in 1995, so I am certain this qualifies as vintage.

It is very tasty, and the Peychaud’s adds a nice rosy color. While I like dry champagne I don’t drink a lot of it, and this cocktail adds some additional depth and flavor. Since I like my cocktails to be very cold, I stirred the first four ingredients in a glass with ice first before putting them in the serving glass. The champagne was already chilled, and was left over from New Year’s Eve (I have one of those vacuum wine saving systems that protected it from going flat).

Notes: I used Old Forester bourbon as directed, and the champagne was a nice Jacquesson.