Another cocktail with an interesting name, the Twelve Mile Limit: 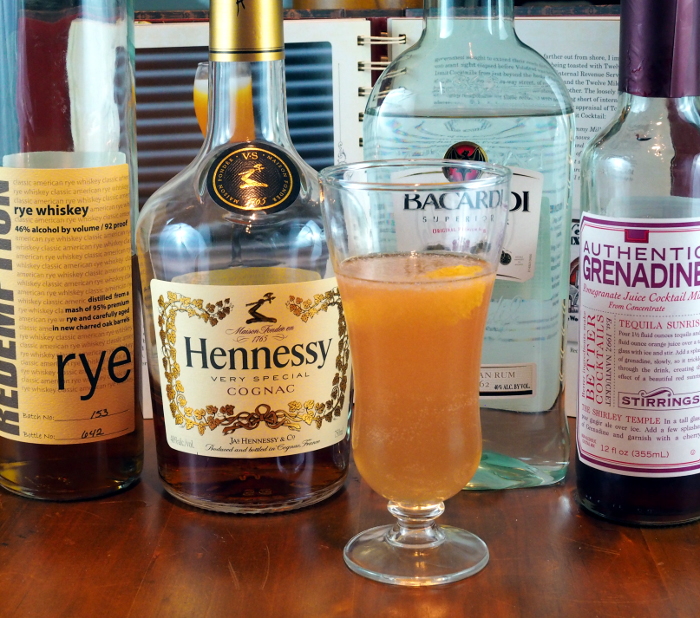 Shake in an iced cocktail shaker and strain into a cocktail glass. Garnish with a lemon twist.

I chose this drink specifically in an attempt to fill out sections of the index that looked a little bare.

A lot of vintage cocktails came out of the Prohibition era in the United States where the production of alcoholic beverages was forbidden. Needless to say, this didn’t go over well with a portion of the citizenry.

To quote David Wondrich in his book Imbibe!:

In the nineteenth century there were really two Americas; two kinds of Americans. There were the ones to whom the freedom upon which the country was founded meant something like, “If I work hard, avoid temptation and play by the rules, I will be unmolested in my enjoyment of the fruits of my labors,” and the ones to whom it meant “Nobody can tell me what to do.”

I work in the field of open source software, and I think that is one reason I am drawn to the history of vintage cocktails. Open source was a response, in part, to proprietary software companies telling us what to do.

Now, back to the Twelve Mile Limit. At the time of prohibition, the United States claimed a three mile territorial limit over the water around the country (as far as a cannon could fire). Since Prohibition was a regulation, it was possible to go out more than three miles and be outside its reach. When the discussion arose to move that limit to twelve miles, this cocktail was created in response (similar to how the term scofflaw was created to demean drinkers who instead embraced it).

It’s a nice cocktail, but I didn’t have any of the recommended rum (I do have an Appleton gold rum) so I used the old stand by Bacardi. The drink is slightly sweet, due to the grenadine, and I enjoyed it, but I probably would enjoy it more with the perfect match of the right spirit brands.

Notes: As mentioned, I used Barcardi white (a Puerto Rican rum) along with the recommended Hennessy. I chose a Redemption Rye and my usual, authentic Stirrings grenadine.