In order to try Allspice Dram, I decided to make The Lion’s Tail: 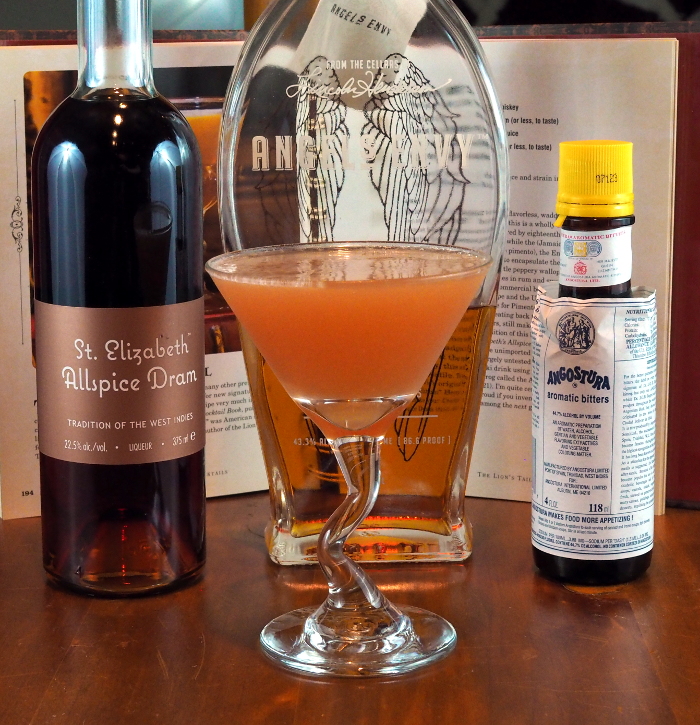 Shake in a cocktail shaker with ice and strain into a 5-ounce cocktail glass.

Let me state for the record that I am not a cocktail expert. I am simply on a journey of exploration and discovery led by people like Dr. Cocktail (Ted Haigh), David Wondrich and Jason Wilson. I love being exposed to new flavors and combinations found in classic cocktails, and this was the first time I had ever heard of Allspice Dram.

Allspice Dram (sometimes called Pimento Dram) is a cordial made from the berries of a Caribbean plant. I had only been exposed to allspice as a powered spice used in cooking, so once I was able to score a bottle at Binny’s during a recent trip to Chicago, I was eager to try it.

I decided to taste it plain first, and it has a wonderful bouquet. The first sensation I got was one of warmth followed by a slight peppery burn, but it was more in the nature of cinnamon than habanero. Since I was going to pair this with a nice bourbon, I backed off just a little bit from the full three-quarter ounce since I didn’t want it to be overpowering, and it turned out perfect.

I loved this drink. In part it was because the flavors were so unusual, but everything just seemed to come together.

Notes: The Allspice Dram is St. Elizabeth’s, and it was bottled in direct response to the first edition of Dr. Cocktail’s book. The bourbon was Angel’s Envy.