In honor of American Pharoah winning the Triple Crown, I decided to make The Derby: 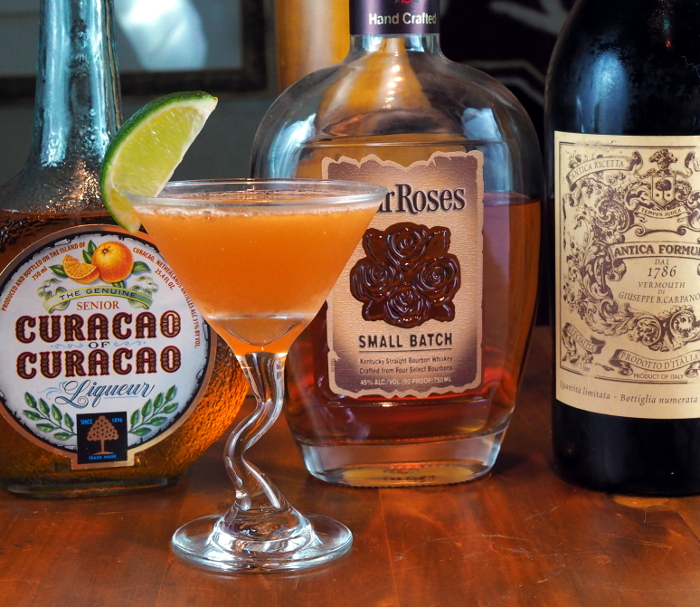 Shake in an iced cocktail shaker and strain into a cocktail glass. Add a mint leaf.

Growing up I didn’t think winning the Triple Crown of horse racing was a big deal. In the span of six years, from 1973 to 1978, three horses did it.

And then it ended until American Pharoah won this past weekend.

While the Mint Julep is specifically associated with The Kentucky Derby, in general cocktails and horse racing seem to go together. This recipe was one of three with the same name from the 1947 Bartender’s Guide by Trader Vic.

I didn’t have fresh mint, so I garnished it with a lime as in the picture in the book. This is a nice drink, not too sweet but not too sour, although I probably would have backed off on the lime juice just a tad. Unfortunately, nothing about this cocktail really stood out, either.