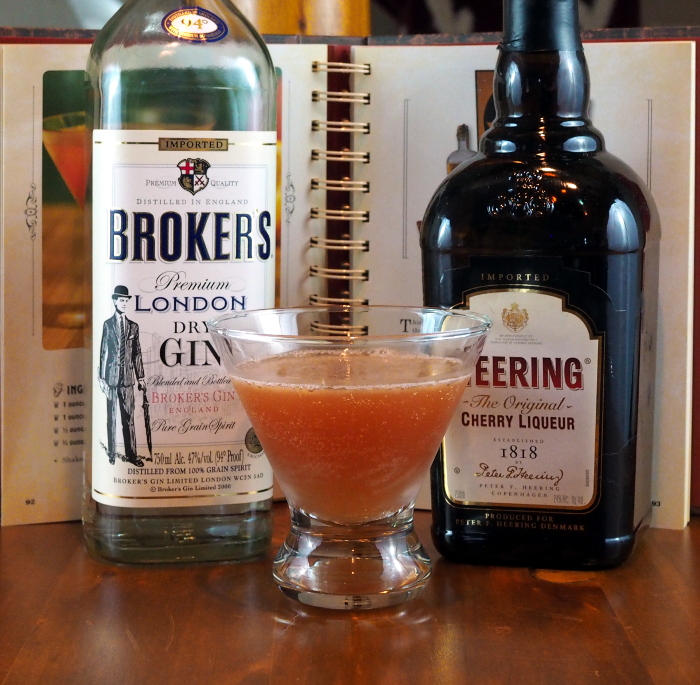 This is another drink recipe saved from obscurity by Dr. Cocktail. The only history he provides is that it came from a 1933 pamphlet titled Cocktail Parade, and all the references I can find to this recipe point right back to Ted Haigh.

Thus we have no real knowledge of the origin of the name. When I was growing up, communism was associated with Russia and Russia with vodka, but this is a gin drink. Go figure.

I’ve actually made this one before. Occasionally I hold parties where I tend bar, and I sometimes hand the book over to my friends and take requests. It was at one such party that a friend asked for The Communist and I got a sip, so I knew I’d like it when I made it for this blog.

You would think this drink would be too sweet, as it has more juice than spirit, but it isn’t cloying at all. It’s clean and refreshing and I made one for Andrea since I knew she would like it (she did). I am eager to try a variation on the drink by The Cocktail Hacker that changes the proportions slightly.

Rating: 4/5 – this is a really strong four and on another night might have gotten a five.

Notes: I used Broker’s gin and the recommended Cherry Heering.