A variety of one of the oldest known cocktails is Jasper’s Jamaican Planter’s Punch: 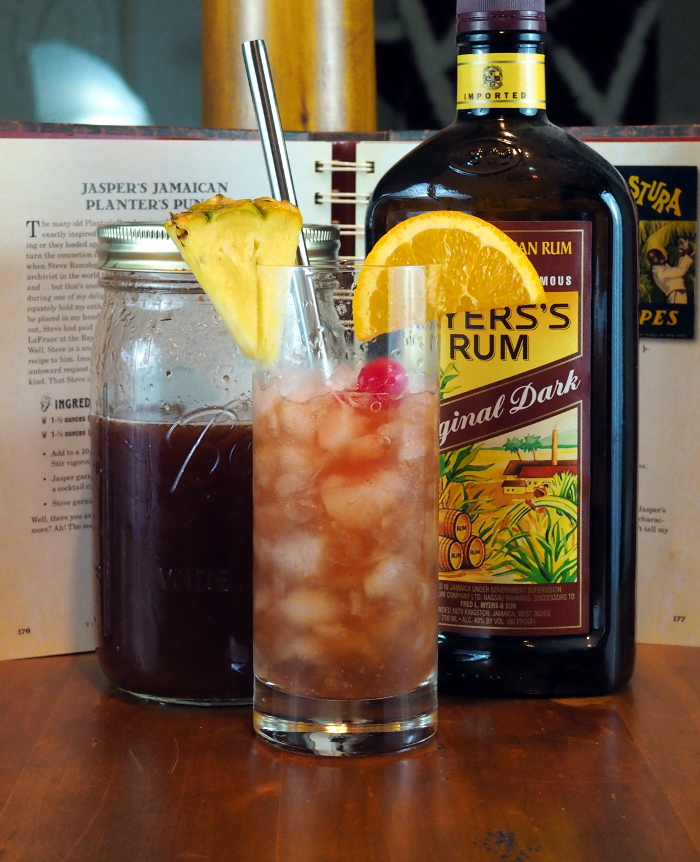 Add to a 10-ounce highball glass filled with cracked ice. Stir vigorously. Top off with more ice. Jasper garnished his with a pineapple spear, an orange slice, and a cocktail cherry. You can also use fresh mint.

The earliest recipe for Planter’s Punch dates from 1908:

Dr. Cocktail was not a fan of Planter’s Punch until he came across this one given to him by Steve Remsberg. It originates from the Bay Roc Hotel in Montego Bay, Jamaica, and a man named Jasper LaFranc.

Punches were some of the earliest cocktails made, and they tended to be rum based, since that was the main spirit available in the early United States. This is a great example, as it isn’t overly sweet. You can definitely taste the spirit and the bitters. For Andrea, who prefers a sweeter drink, I added a quarter ounce of simple syrup and she liked hers as well.

Notes: Coruba rum? Man, that’s a confusing one. There’s the Coruba from the Rum Company with a New Zealand website. There’s the one from Gruppo Campari that looks the same. And none of my usual outlets carry it. So I went with Myers’s dark rum, which I could find.