From halfway around the world comes The Amarosa Cocktail: 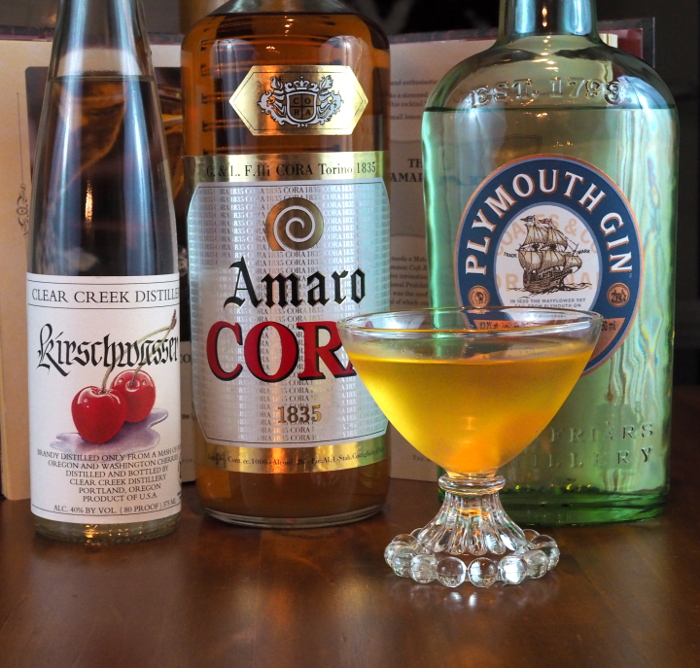 Stir well and enthusiastically. Strain into a stemmed glass of your choice, but use something pretty, because this cocktail has a very pretty color. Twist a small lemon peel directly over the drink and drop it in.

Okay, I’m not a huge fan of amaro. I just find it to bitter, and while I love what it can do in a cocktail, I was very worried about drinking an amaro-centric libation.

My fears were realized.

First off, there are lots of amaros, but Amaro Cora is no longer made. My friend Antonio was able to find a bottle on Italian eBay and he brought it to me when we were last together. I really appreciate the effort he put into my hobby,

Second, as far as amaros go, Amaro Cora is delightful. It is very fruity and almost sweet, without the overwhelming herbal bitterness of some. But I didn’t like the Amarosa Cocktail at all.

The recipe comes from the Café Royal Cocktail Book. It was originally published with different measurements from Dr. Cocktail’s version:

so I made it that way as well. It was better (I could drink it) but it wasn’t a favorite.