Record high temperatures in December call for the Mamie Taylor: 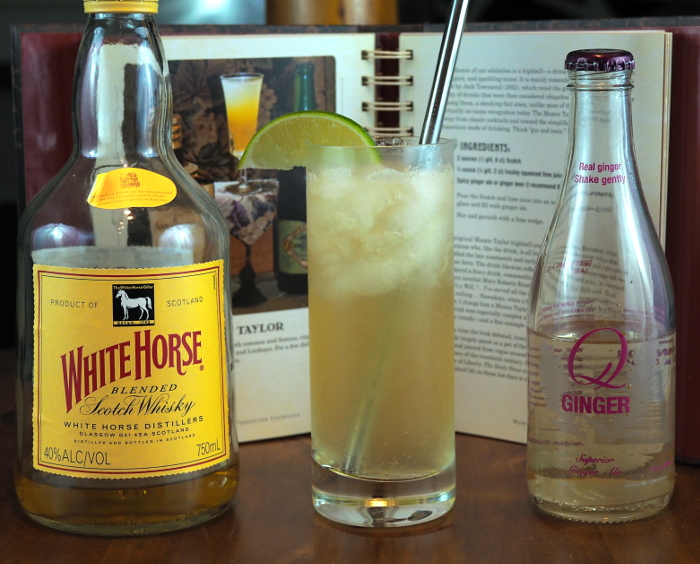 Pour the Scotch and lime juice into an ice-filled 8-ounce highball glass and fill with ginger ale. Stir and garnish with a lime wedge.

Ginger ale, lime and a spirit is known by many names. If you use vodka, it’s a Moscow Mule. With rum it’s a Dark and Stormy. Use tequila and it’s a Mexican Mule.

But the Mamie Taylor was first, named after a Broadway singer. Using Scotch as the spirit and invented circa 1899, it became insanely popular for a couple of years before passing from memory around 1902. Thirty or so years later we get the Moscow Mule which remains popular to this day, but few remember this drink.

It’s was okay. I didn’t care that much for the Moscow Mule and replacing the flavorless vodka with Scotch improves it a bit, but it wasn’t a favorite. Still, on a hot enough day I think it would hit the spot.

Notes: I used some White Horse Scotch I had sitting around, and the same for the Q Ginger Ale (I got it as a set with some Q Tonic). Any spicy ginger ale should work – just avoid the milder stuff like Schweppes or Canada Dry.