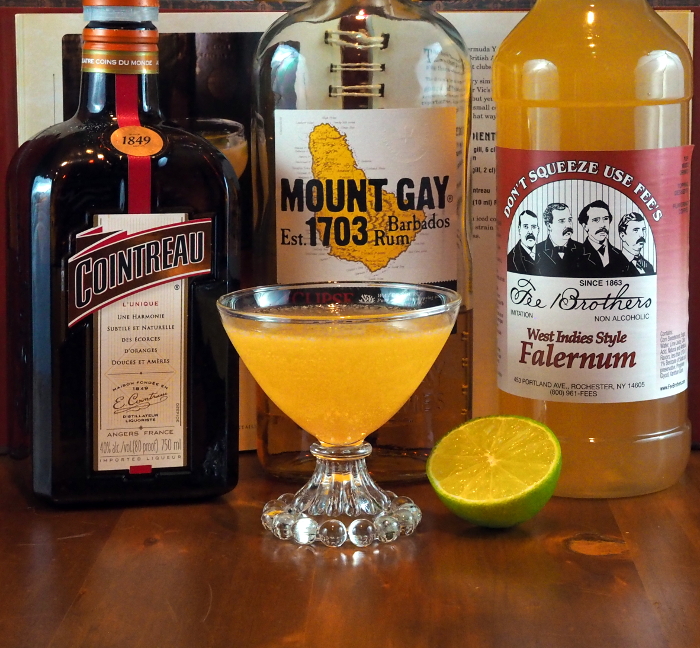 Just like gin and lemon are meant for each other, a similar thing can be said for rum and lime.

The big addition to the Royal Bermuda is Falernum. Falernum is a sweet syrup that has a slightly spicy flavor, but nothing like the Allspice Dram in drinks like the Lion’s Tail. It’s named after a British club established in 1844.

This drink is kind of a proto-Tiki drink but it isn’t as strong nor as complex later drinks would be. It’s tasty.

Notes: This drink calls specifically for Barbados Rum. My friend Justin the cocktail chef uses Mount Gay as his go-to rum, so that I what I used here. The Falernum comes from Fee Brothers.