In my research into vintage cocktails you sometimes come across an ingredient that simply can’t be purchased anymore. In those cases you either search for a substitute or make one. As part of a recipe I need something called “orange tincture”. 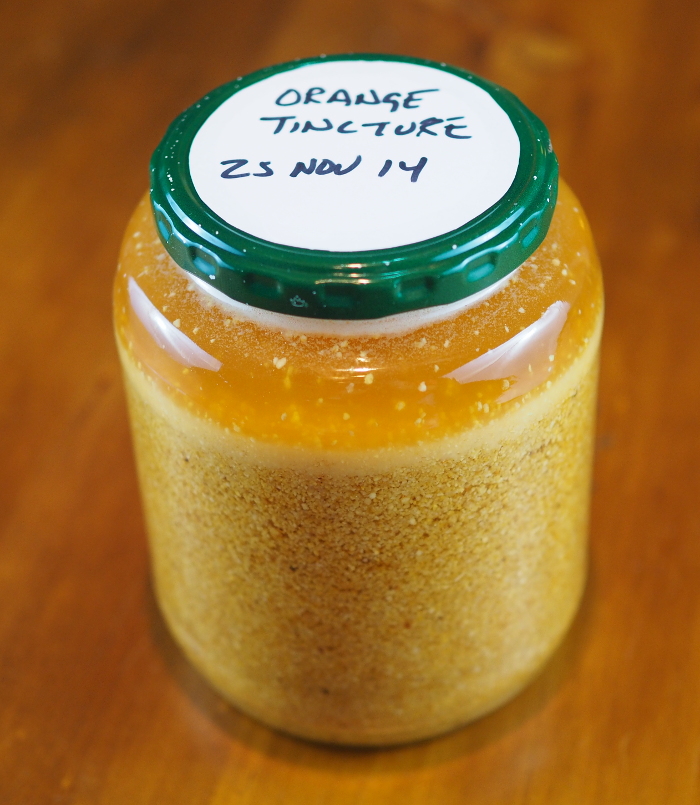 So it looks like I can proceed sometime toward the end of January.

This isn’t unusual. As I was visiting the Oak Leaf restaurant the other day I noticed that Justin has several “science experiments” going on at the bar.

UPDATE: Two month later, it was ready to be filtered: 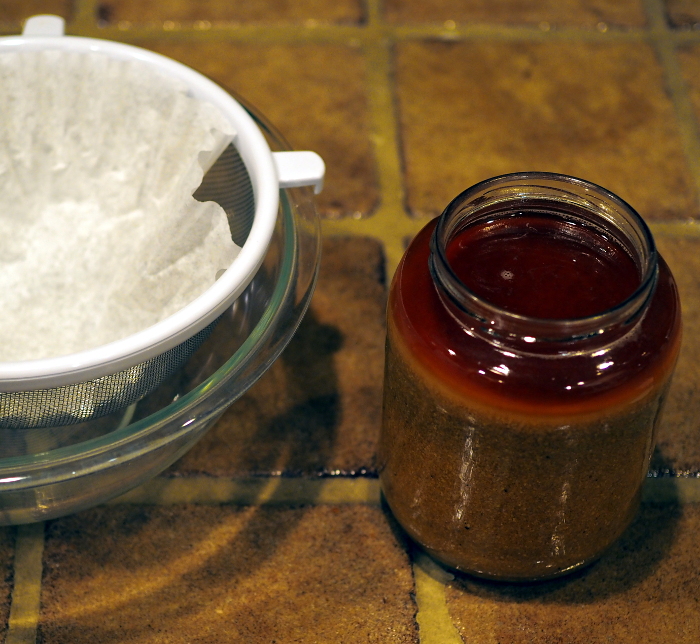 The liquid had turned a dark orange color, but it seems that the dried orange peel really soaked up the vodka. Out of a Claussen pickle jar I only got a little more than a cup: 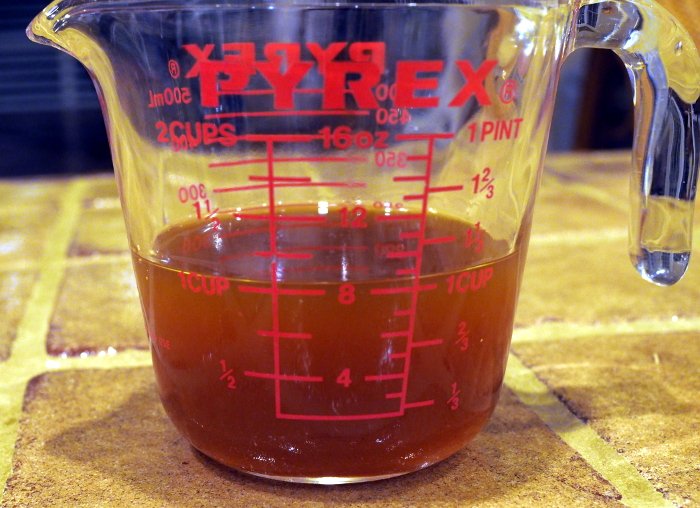 While I was expecting about twice as much, I can adjust my recipe to deal with it, but it is something you should think about when making this.