There may not be nary a drop of water to drink, so try The Ancient Mariner: 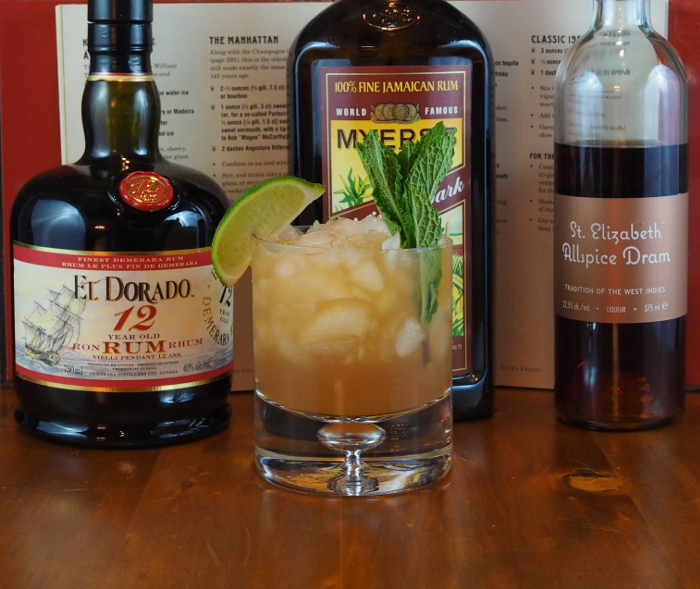 Build in a double old-fashioned glass filled with crushed ice. Garnish with a lime wedge and a mint sprig.

Ah, Tiki drinks. How I love ’em. And this one features Allspice Dram, the key ingredient in another favorite cocktail of mine, The Lion’s Tail.

It’s a wonderful drink, and Andrea even liked it (she liked it so much she thought I was on a different book – she likes her cocktails sweet).

Yes, it’s Navy Grogs, all the way down.

I do want to try Berry’s actual Navy Grog, which apparently requires an ice cone garnish (I added one to my wish list on Amazon), but for now I’ll stick with The Ancient Mariner and its wonderful Allspice Dram.

Notes: This was a perfect time to use my special 12 year old aged El Dorado Demerara rum, as it is awesome. I used Myers’s Dark Rum since Coruba is pretty much non-existent. The Allspice Dram was St. Elizabeth’s.