In honor of Obama’s visit, here’s the Cuba Libré: 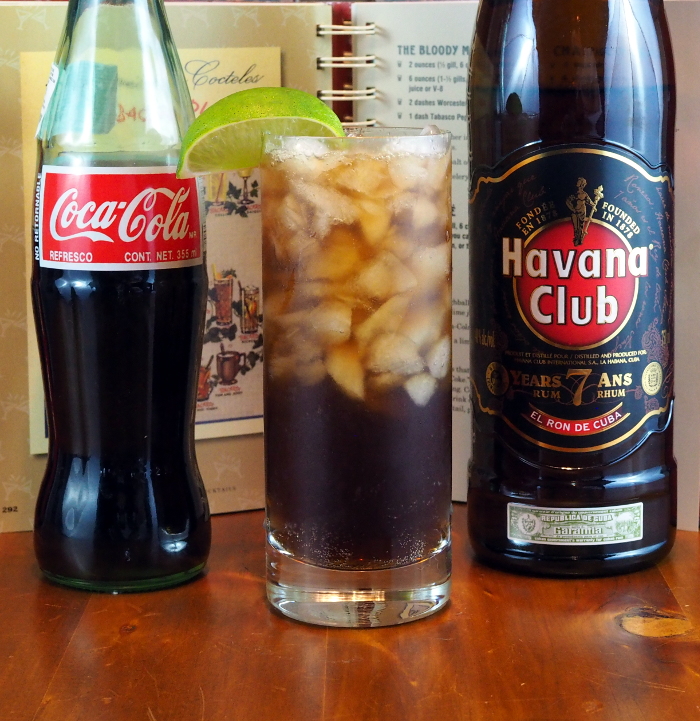 In an iced highball glass, combine the rum and lime juice. Fill with Coca-Cola. Garnish with a lime wedge.

No, this isn’t “Rum and Coke”. Rum and Coke was one of the first cocktails I ever had as rum was cheap and easy to find, and Coke was everywhere. But as Dr. Cocktail points out in his book, the lime juice changes everything, and he’s right.

This was the best “Rum and Coke” I ever had.

First of all, I went with aged Cuban rum. I used to point out that it was my “contraband” rum, but I’m not sure that is true any more. While I haven’t seen Cuban rum in a US store as of yet, it probably won’t be long now.

Second, I used “Mexican” Coke – it’s ¡refresco! In the US the sweetner in Coke is high fructose corn syrup instead of cane sugar. However, elsewhere in the world they still use “real” sugar, and the easiest way to get that in the US is to look for Coke from Mexico. Even with my limited palate I can taste the difference. I wanted to get as close to the original drink as I could.

According to Wikipedia, the Cuba Libré was invented in 1900 on the island after the War of Independence when Coke was introduced by way of American troops, so this is definitely a classic.

One thought on “Cuba Libré”