Vintage cocktails can call for some odd ingredients. Several in the book reference a liquor called Swedish Punsch. My friend David was kind enough to swing by Binny’s last time he was in Chicago, so I had some on hand and was eager to try it. The first drink I made with it was the Have a Heart Cocktail: 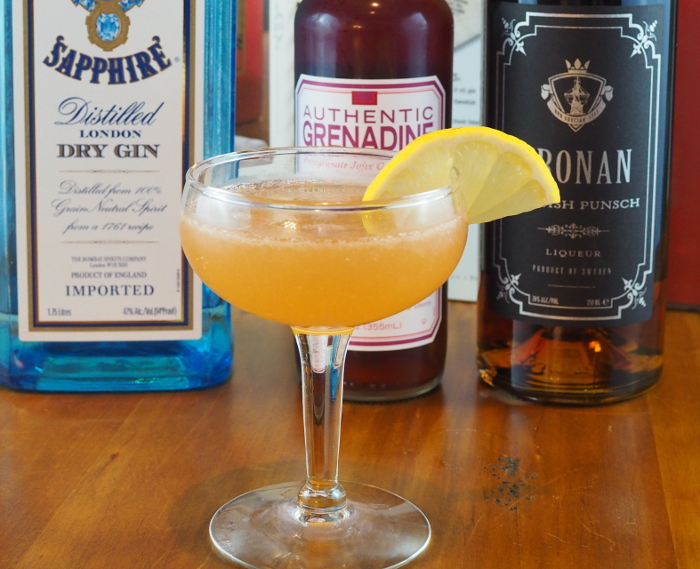 Shake well in an iced cocktail shaker, strain into a cocktail glass. Garnish with a lime wedge

Swedish Punsch is a liqueur popular in Nordic countries but based on a stronger liqueur from India called arrack. The word “Punsch” is supposedly based on a Hindi word for five, referring to the number of ingredients (alcohol, sugar, water, lemon/fruit and tea/spices) although it is now believed that the word came to Swedish from English.

The drink itself is nice. Gin and citrus are almost a cliché, so the real differentiator in this drink is the Punsch. It adds a sweet component with just a hint of spice. The drink dates from the 1930s, so it is a real vintage cocktail, and while I liked it, I really can’t give it any higher than 3 stars. It’s a solid 3.5 but I’ve decided against giving out half stars, so …